Do you want to explore ways of sharing your research with many different audiences? Whether it’s public talks, writing in our blog, running art / science collaborations, doing some stand-up comedy or simply standing on a box in a street corner, this session will help you get started.

The day will include:

Log on to the VRE and register here.  Registration deadline 11 February 2017

Shattering Stereotypes will start dialogue and debate with over 400 Year 8 students across the South East. SEPnet Outreach Officers will deliver three activities across the year with Year 12 physics and science students from the participating schools.

With these three activities we hope to kick start a school-wide discussion on Gender Stereotyping and how it can be tackled.

The participating schools include:

The SEPnet team is excited to work across these schools and hopes each of them will give an interesting case study on this pilot project.

The project has been developed in consultation with the Institute of Physics’ Gender Balance team and based on the findings of Closing Doors and the recommendations outlined in Opening Doors. The first workshop also includes part of the highly successful People Like Me workshop developed by SEPnet and WISE.

The project is being fully evaluated by an experienced team led by Elizabeth Jeavans. A full report on the pilot project will be available in late 2017 / early 2018. If you would like to keep up to date and be informed of progress, please e-mail us and you will be added to the Shattering Stereotypes Mailing List.

If you are a Physics Outreach Officer or a mixed-gender secondary state school and would like to take part in a potential second year of the project, starting in September 2017, please do get in touch

150 SEPnet students, employers and academic staff celebrated the achievements of 80 summer placement students at the annual Student Expo at RSA House in London.

Sarah Medley of Culham Centre for Fusion Energy gave an engaging and informative talk about working at Culham, the range of opportunities for physicists and her own exciting career path. Dr Frances Saunders provided an inspiring keynote address about her varied and illustrious career offering valuable advice for students about the importance of finding work you feel passionate about.

The students’ presentations and posters get better and better each year. This year’s winners of the best posters were:

The Institute of Physics sponsored the 6 prizes. Each winner a signed copy of the brand new book ‘Aliens’ edited by Jim Al-Khalili and a copy of his co-authored book ‘Nucleus: a trip into the heart of matter’ (the only coffee table glossy hardback on nuclear physics in the world!)

You can view photos from the event on Google+: https://plus.google.com/collection/kTopME SEPnet is looking for a workshop developer for Physics: What, Why, How? These workshops will become the standard workshops SEPnet Outreach Officers deliver to Key Stage 3 students across the region.

Details for the project, including current ideas, can be found here.

The workshop development brief can be found here.

SEPnet Outreach will accept proposals up to £11,000 which should include any travel expenses and VAT if applicable. Any proposed budgets above this amount should be justified within the proposal. Deadline for proposals is 17.00 on Tuesday 6 December 2016.

NuSec Personal Development Grant: The Nuclear Security Science Network ‘NuSec’ promotes research and technology in nuclear security. The network is open to all academic, industrial and government scientists and engineers working in nuclear security and acts as a forum to encourage collaboration, networking and capability for all stakeholders.

Aim of Grant: To support Early Career Researchers and established staff across a range of personal development activities related to nuclear security science, including attending research conferences, carrying out industrial placements, or attending training courses. Also to strengthen the research and innovation capacity of scientists in the field of nuclear security science and to develop new collaborations between researchers and partner organisations.

Scope: To include any mechanism which achieves the aims and objectives of the programme. Funding will be offered to support travel and subsistence costs plus event registration fees or other associated costs.

Award Value: Grants will be awarded in the range £500 – £2000. Early Career Researchers (PhD students and postdoctoral researchers) are NOT required to obtain matched funding.

Application Procedure: Applications must be made using the application form that can be downloaded from the NuSec website www.nusec.uk. There is an open application deadline for these grants with a decision made to the applicant within 6 weeks of submission. The assessment of proposals will be carried out by the NuSec Management Group.

Eligibility: Applicants should be researchers who are based either at a university, research establishment or a company within the UK. Applicants are expected to either be active in the field of nuclear security or wishing to apply their expertise from other areas into nuclear security research. Applicants will normally only receive one award across the duration of the network.

23 SEPnet PGRs attended the 2-day planetary science school at the National Physical Laboratory in Teddington, Middlesex. The school was led by senior researchers in the SEPnet region and comprised four sessions exploring different aspects of planetary science through a mix of lectures, seminars and tutorials.

Joint winners of the poster competition were Paul Hallam, Queen Mary University of London: “Investigating the Depth of Gaps formed by Planets in Protoplanetary Discs” and Daniel Staab, Open University:  “The Dispersed Matter Planet Project”.  Both winners were awarded Amazon vouchers.  Chris Malliband, Open University , received a special mention for his poster:  “1:3m Mapping of a quadrangle on Mercury”.

Overall feedback was very positive and one PGR said the school was a “very interesting intro to planetary science as a whole”.

Thank you to NPL for hosting this event on behalf of GRADnet. 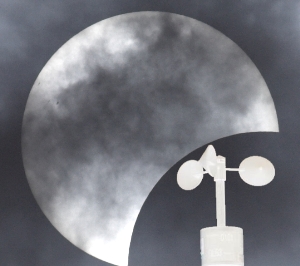 The annual Students’ Expo provides an excellent opportunity for students to showcase their work through presentations and posters to over 150 employers, academic tutors and peers in a prestigious London venue.

The scheme grows from strength to strength. This year 85 students were successful in finding industry and research placements with a range of large and small companies and research organisations.

Students will exhibit their poster and give a one-minute presentation about their project. Prizes will be awarded for the best posters.

This year’s keynote address will be delivered by Dr Frances Saunders, former IOP President and Chief Executive of Dstl.

Students have the opportunity to network with employers and explore job prospects with recruiters. This 3-day residential school will focus on the skills required for effective leadership and team-working.  The core activity will centre around a multi-media case simulation of the ill-fated Columbia Space Shuttle mission. In this mission, NASA engineers and leaders sought to understand the nature and threat associated with a technical problem that occurred on launch. Over the course of the mission, they analysed the damage, assessed the risks, and decided what to do. Leadership, organisational culture, communication, personality characteristics, formal systems and job positions are amongst many complex issues that affected the course of the decision-making process.

Workshop participants work in teams to analyse the simulation, using materials supplied by NASA. Each team takes the role of one of the key NASA managers or engineers, initially experiencing only those events that that person had at the time of the mission. This adds a rich dimension to the case experience as participants recognise how perceptions of the same event can vary.

To see what happened at the last Winter School look here.

This is a free event and all reasonable travel expenses are covered by SEPnet.

Log on to the VRE and register here.  Registration deadline 13 January 2017.

Michael Hubbard, a first year postgraduate researcher at the University of Surrey gives his perspective on the GRADnet Induction Day held on the 26 October 2016 at the Park Crescent Conference Centre in central London.

“The GRADnet induction day was an enjoyable day out of the office. The day presented a brilliant opportunity to meet new people, even from your own university; not to mention networking with old friends from our undergraduate years. The workshops I attended provided me with an insight into the world of getting a paper published and explored the world of MATLAB”.