Over 50 students attended and the feedback from employers and students alike was very positive.  Students valued the informal atmosphere: one commented ‘I found it very useful to speak with potential employers and didn’t find the experience too daunting’ (undergraduate student).   Employers commented on students’ enthusiasm and the quality of the conversations with one stating,  ‘I feel that the majority of the students were very willing and open to engage in conversation over their studies and where they wish to progress after their completion of their course. A few of them had read up on the company prior to the event and so they had an idea of who we were and what we could offer them’. (large corporate). “Where might my Physics Take me?” – GRADnet 2016 Summer School – Herstmonceux During the week of 4th July 2016, nearly 50 SEPnet Physics PGRs from around the region attended the GRADnet 2106 Summer School. This was the fifth of our series of residential schools in the GRADnet programme and it was held in the historic setting of Herstmonceux Castle in Sussex.  The castle is of 15th Century origin and is located by the former Royal Greenwich Observatory, now a public Science Centre.

The purpose of the GRADnet residential schools is to give Physics Postgraduate Researchers in the SEPnet region the opportunity to experience opportunities and challenges outside of academia. They give them the chance to interact with employers from leading organisations through interactive workshops, presentations and poster sessions. They explore how the skills developed by Physics PGRs can be applied to solve problems encountered in the commercial world.

The programme consisted of the “Consultancy Challenge”, a competition where students take on the role of consultants to propose solutions to problems encountered by companies. Amec Foster Wheeler, Chomko & Rosier, Observatory Science Centre, and InSync Technology presented the students with a set of problems they need help solving, and the students formed teams to propose solutions. The posters with their solutions from the teams are here. There were modules on Public Engagement, led by Rowena Fletcher-Wood of Things We Don’t Know, followed  by a “Pub Quiz” to push the problem solving skills to the limit and think about how to communicate science in new ways. The next day Dr Becky Parker, Director of the Institute for Research in Schools, gave a stimulating talk on how Physics researchers could work with schools to engage them in their research, to inspire school students to become involved in cutting edge research.

Workshops from Airbus, NPL, CAST, AkzoNobel, the Met Office, and MR Solutions gave insights into challenges faced in the commercial world and how Physics skills can be applied to address them. Key topics covered by other speakers included Intellectual Property by Julian Potter of JW Thompson, and Ethics in Research by Paul Stephenson of the University of Surrey, explored via case studies of ethical issues researchers are likely to encounter.

All in all, a packed programme that our students thoroughly enjoyed and valued.

Prizes for Posters and the Consultancy Challenge

Photographs of the week are available below: 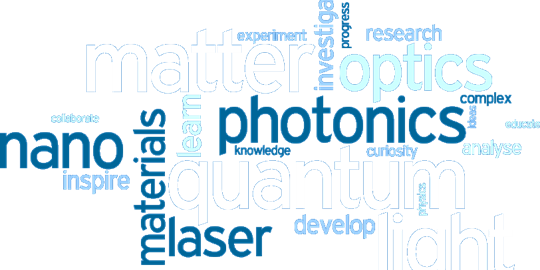 Southampton Quantum Light and matter PGR students are holding a Summer School in Winchester on August 30 – September 1st. In the interests of encouraging greater collaboration within SEPnet we have agreed to fund upto 10 PGRs from other SEPnet partners to participate, including their reasonable travel cost. If the numbers are oversubscribed we will work with the organisers to ensure a reasonable distribution across the SEPnet members and sub-disciplines, otherwise places will be filled  first come first served. The deadline for registration has been extended to Friday August 5th 2016.