Nuala is the SEPnet and Ogden Outreach Officer for the Deparment of Physics, Astronomy and Maths at the University of Hertfordshire. Nuala joined the SEPnet team at the end of 2019 after graduating from the University of Sheffield in 2019 with a BSc (Hons) in Physics and Astrophysics.  From research of the educational inequalities in physics derived from writing her dissertation on ‘Investigating the reasons why women continue in Physics post-16’, the Diversity in the Culture of Physics Summer School and working in two secondary schools, she was inspired to focus her career aspirations on outreach and public engagement.

Natalie Starkey is the SEPnet Outreach and Public Engagement Officer at The Open University. Natalie has a background in geology and space science research, having completed her MSci. at Durham University, PhD at The University of Edinburgh, followed by two post-docs at The Open University. She moved into science communication and writing full-time from 2015, and has written two popular science books (Catching Stardust; Fire & Ice) as well as many science articles for popular publications such as The Guardian, New Scientist, All About Space, and BBC Science Focus. Natalie is a keen presenter of popular science for the public, having spoken at schools, astronomy clubs and science festivals for over 10 years. She also commonly appears on television and radio talking about science. Natalie’s work within SEPnet involves promoting research within the Physical Sciences to a broad audience, as well as working with under-represented groups to promote the study of physics post-16. Jen Gupta is the SEPnet/Ogden Outreach Officer for the Institute of Cosmology and Gravitation at the University of Portsmouth. Jen has extensive experience in communicating physics to a range of audiences, from delivering schools lectures at the Royal Institution, to performing astronomy-themed comedy at the Edinburgh Fringe Festival, to providing expert views on TV and radio. She has a PhD in Astronomy and Astrophysics from the University of Manchester. Jen manages the Festivals project and is taking part in the Shattering Stereotypes pilot project. 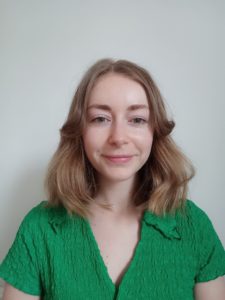 Eliza’s role at Queen Mary University involves coordination and delivery of physics and chemistry outreach activities to schools and inspiring the next generation of scientists! Dr Claudia Antolini is the SEPnet/Ogden Senior Officer for Outreach and Public Engagement for the Physics department at Royal Holloway University of London.
Claudia has a PhD in astronomy from SISSA/ISAS and two MSc degrees in astrophysics and space science. She approached science communication in 2012 and then developed her career in public engagement in the UK after having traveled the world during her scientific career in Italy, China, Germany and Austria. Together with her enthusiasm for physics, Claudia is a passionate advocate for inclusion and diversity in all the science fields. She loves talking about astronomy and physics with everyone and coming up with ideas to show the science hiding behind the everyday things we all do!

Sadie’s role as Astronomy Public Engagement Leader and SEPnet Outreach Officer involves co-ordination and management of all the astronomy outreach and public engagement activities from the Physics and Astronomy department at the University of Southampton. A large part of this role involves managing a team of undergraduate and PhD students who work in the Soton Astrodome Mobile planetarium. Sadie also designs astronomy workshops, such as #SotonAstroArt and research talk for an array of community public engagement events including Light Up Poole and Southampton Science and Engineering Festival.

Das is the SEPnet Outreach Officer at the University of Sussex in Brighton. He has decades of experience of public outreach for all ages, from his days at the University of Leicester and at the Royal Observatory, Greenwich, and has appeared on TV, radio, online and in print. In addition to outreach, Das teaches an introductory astronomy lecture course to students from all across the university (both arts and science students) as well as lab techniques to the physics students. He is also an experienced astrophotography, having initiated the Astronomy Photographer of the Year international competition whilst at the Royal Observatory. Dr Siân Tedaldi is the Outreach Officer at Oxford Physics. Sian’s role is to promote further study and careers in physics through the development and delivery of activities, events and resources. Sian also leads the administration and marketing of the British Physics Olympiad and collaborates with a number of organisations and networks such as SEPnet and The Ogden Trust. Sian graduated in physics from the University of Liverpool in 2003, and went on to complete a PhD in Science Communication.