In 2017 SEPnet launched it’s first Outreach and Public Engagement Strategy, to help guide activities across the network and to ensure that our engagement activity can has the most impact possible. To supplement this we have today launched our Outreach and Public Engagement Roadmap. This is a document which outlines possible interventions with young people of different ages, and how this can be targeted and supported by work within the same broader community.

The roadmap lays out the programmes we run, their target audiences and age groups, the ideal location to run each activity, and provides supplementary information about the aims of each one. The roadmap lays out how Outreach professionals can maximise the impact of their work within their target communities.  We recommend that departments select around 3 target secondary schools to work with, based on their proportion of students from groups currently underrepresented in physics. The feeder primary schools for these secondaries can then be identified as well as any local areas and community organisations local to them. This ensures that we are engaging with the same children, their families and communities over long periods of time, supporting their journeys with physics.

Included in the roadmap is an example delivery plan from the Institute of Cosmology and Gravitation in the University of Portsmouth. This lays out the scale of programme that is deliverable by one department, and outlines the resources needed to do this.

We hope this document will be helpful across the SEPnet network and beyond in laying out a framework for targeted long term interventions. If you have any comments about this work, or would like to know more, please contact outreach@sepnet.ac.uk. 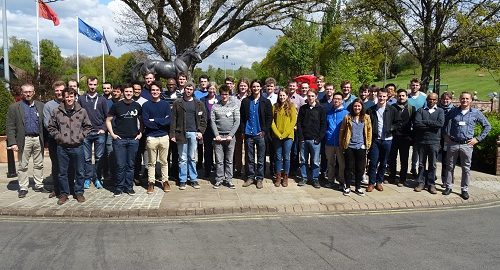 On 28 April 2021 GRADnet delivered the online quantum computing workshop to over 35 SEPnet and international delegates.  The face-to-face event was unfortunately postponed from April 2020 due to the Covid-19 pandemic.

Thank you to Dr Eran Ginossar, Advanced Technology Institute, University of Surrey for delivering this workshop which was described by one of the delegates as “awesome”!

Thank you to our high-profile speakers from around the globe for participating in this event and for covering a variety of topics:

Delegates said: “the workshop brought a number of strands together and presented them in a largely understandable form.” They found the speakers “outstanding” and the talks “really informative with lots of pertinent information”.  They appreciated the “variety of topics, with good explanations” but wanted an extra day or two!

GRADnet hopes to deliver a physical event in quantum computing in 2022-3 with opportunities for networking hosted by the University of Surrey. 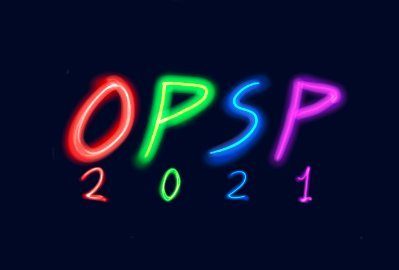 The SEPnet student led conferences are an annual series of networking events created and organized by postgraduate students from SEPnet universities. The scheme awards students with the funding and guidance necessary to create a 2-day conference on a subject of their own liking. On the 13th-14th of April 2021, ‘Optics and Photonics for Scientific Progress (OPSP 2021)’ took place, accumulating a total number of 99 visitors throughout, and a concurrent peak of 41.

Planning OPSP2021 took over a year from its earliest conceptions, having its origins as an idea for a one-day event focused on employability and career development for students. This initial idea was a consequence of networking between two student chapters of The Optical Society (OSA), representing the Applied Optics Group (AOG) at the University of Kent and the BioPhotonics Group at the University of Surrey respectively, a chapter connection that was facilitated by Yann Amouroux, director of OSA Europe. Soon later, the idea was adopted by Julien Camard, of the AOG, who further developed the idea into a plan for a full 2-day conference aimed at enhancing optics in science which he proposed to SEPnet and successfully won funding with.

As time progressed, the overhanging pandemic continued in its potency and we eventually made the decision to begin planning for a virtual conference. The task before us was challenging, how to orchestrate an engaging, enjoyable, and informative conference for attendees who would ultimately be staring at a screen for the whole time? Our solution was to create a virtual conference space, to simulate a real conference and not just host another series of zoom meetings! This was possible using ‘gather.town’, an online resource that enabled us to create a virtual world in which to host our conference.

The result, it “was amazing”, said an attendee. Another remarked that the “environment was very informal and laidback [which] made everything very enjoyable.” The use of ‘gather.town’ was particularly popular, with one guest saying it was a “brilliant way to make virtual conferences not be boring.”

We also thrived in hosting a multinational event. Going virtual meant we were able to secure speakers from around the world, with some joining from as far as Canada, Mexico, and the US. Likewise, international attendees were able to join effortlessly, and at a fraction of the usual CO2 costs normally incurred in traveling to an international event.

One of our initial goals in organizing the conference was to strike a balance between academic presentations/industry professional career guidance with a range of personal development workshops. We were proud to have executed this well, having “many different topics” says an attendee.

A prominent feature of the conference was the shared poster session, which took place in ‘gather.town’. The cohort of optics posters were merged with entries from another conference run in parallel to OPSP 2021. This extended our networking to include particle physics students. Attendees mingled amongst the posters as they would in real life, much to their enjoyment. At the end of the session attendees made their way to a main stage, where the winners were announced.

Deserving of congratulations are the team of students that made OPSP2021 happen, from Kent: Julien Camard, Rachel Sully, Adrian Fernandez Uceda, Alejandro Martinez Jimenez and Hal Dorrington; and from Surrey: Gavrielle Untracht and Abdullah Durrani. We are also all very grateful to Cristobel Soares, SEPnet Graduate Network Manager who has given us guidance and inspiration throughout. Finally, special thanks are due to Julien and Gavrielle, who worked wonderfully to coordinate the conference and to lead us as a team so effectively.

Personally, I had the opportunity during the conference to chair a panel discussion featuring eminent scientists. To be given the opportunity to demonstrate professionalism and to be part of such a knowledgeable discussion was a brilliant experience, one which without running a SEPnet conference I would not have been granted. All of us members of the team have learnt a lot from stepping up to the challenge of running a conference and we are so much more confident now as a result.

Reflecting on our experience, we can say that is has been a lot of work, but overall, it has been very rewarding and has left us proud of our accomplishment. The process of inviting speakers to the conference was a great opportunity to network and build connections with renowned researchers.

Running a SEPnet conference is a rare opportunity to gain great confidence and proficiency at interfacing with professionals in the field. If you are considering applying to lead a student conference – do it! Say yes and grow.