16 SEPnet PGRs attended the Experimental Methods for Condensed Matter School on the 5-7 March 2017 at Old Thorns in Liphook, Hampshire.

The 3-day residential workshop covered the background science, the methodology, the capability and some dos and don’ts of a range of common spectroscopy, microscopy and characterisation techniques.

One postdoctoral researcher from the University of Hertfordshire, said it was an “excellent location” and the programme had “good structure”. This year’s Winter School, entitled “Building your leadership potential”, took place on the 13-15 February 2017 at Cumberland Lodge.  The former royal residence set in the heart of Windsor Great Park was host to 21 postgraduate students who enjoyed being immersed in its fascinating history dating back to the 17th century.

The 3-day residential school focussed on the skills required for  effective leadership and team-working. Different leadership styles were explored and each student attendee was given the opportunity to have their preferred team-working style evaluated using the Belbin model.

The core activity involved Columbia’s fatal final mission. The multi-media case tracks the Columbia Space Shuttle mission from launch as NASA engineers and leaders sought to understand the nature and threat associated with an anomaly that occurred on launch. Participants were given an opportunity to analyse the case using materials supplied by NASA under the guidance of Dr Trevor Long, Consultant.

Students also enjoyed the recreational activities available in the games room in the cellar at Cumberland Lodge as well as the historical ghost tour which took place in Windsor town centre.

A 3rd year postgraduate delegate stated the reason why they chose to attend this year’s winter school was because: “SEPnet events are vibrant, engaging and fun. A great way to network with fellow physicists while learning useful employability skills and personal growth” Photographs from the event can be accessed here: https://goo.gl/photos/8ueimQdAAnuU2ugVA 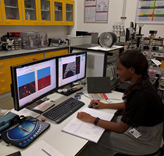 seeking 8-12 week placement projects in industry or research in areas such as data analysis, mathematic modelling, product design and testing or science communication.

WHO CAN APPLY?
The scheme is aimed at any organisations interested in recruiting physics graduates or who can offer valuable business experience including large companies, SMEs, start-ups, research institutions, charities and NGOs.

BENEFITS TO EMPLOYERS
• Early access to bright, numerate students with excellent problem-solving and IT skills
• Enables you to carry out projects you would not normally have time for
• Provides a fresh perspective on your business challenges
• All advertising, administration and placement support is handled by SEPnet
• Some funding available for SMEs.

Michael Hubbard, a first year postgraduate researcher at the University of Surrey gives his perspective on the GRADnet Induction Day held on the 26 October 2016 at the Park Crescent Conference Centre in central London.

“The GRADnet induction day was an enjoyable day out of the office. The day presented a brilliant opportunity to meet new people, even from your own university; not to mention networking with old friends from our undergraduate years. The workshops I attended provided me with an insight into the world of getting a paper published and explored the world of MATLAB”. IBM invites students, graduates, PhDs and all those interested in technology to a celebration event which showcases its talents, technologies and innovative projects.

It’s a rare opportunity to see IBM’s technology and tour its facilities and it is free of charge.

If you would like to attend, the registration site and information sites are here:

GRADnet is pleased to announce its programme of Physics PGR training for the coming academic year. We have developed our biggest programme yet for 2016/17 comprising a mix of  academic Physics workshops and student-led conferences; Residential schools with real life industrial content, leadership and professional skills training; targeted professional skills modules and more peer-learning opportunities.

This year, GRADnet is focussing more strongly on residential workshops in the big research themes of its partner Physics Departments. For 2016/17 we are offering:

For some of these events we will return to the Old Thorns Country Club which offers impressive facilities in the middle of our region. Others will be held at NPL. Teamwork: the marshmallow challenge at the 2016 GRADnet Winter School

The whole programme kicks off with an Induction Day on 26th October in central London. New this year, Induction  will include a choice of workshops for new PhD students:

The Winter School in 2017 (Feb  13-15) focuses entirely on the 2003 NASA Columbia disaster:  a popular case-study element of last year’s school. It takes students through exercises in leadership and team-working, skills rated highly by employers.

The 2017 Summer School (July 3-6) follows the established pattern of  “What can I do with my PhD?”– a mix of employer workshops and consultancy challenges. In 2017 it will be hosted once more by NPL.

There will be a Student led conference covering Astronomy and Scanning Probe Microscopy Techniques at the University of Southampton on March 30-31 2017; a Professional Skills Day on May 18th; a module on Public Engagement on February 21st; and Effective Researcher, kicking it off, on Nov 1st and  29th 2016.

The programme for the year can be downloaded here: GRADnet Brochure 2016-17 Final

For more information on these course and to register, logon to the GRADnet VRE. SEPnet organises an annual placement scheme for physics students at SEPnet Partner universities and is seeking 8-week plus projects in industry or research in areas such as data analysis, mathematic modelling, product design and testing or science communication.

The scheme is aimed at any organisations interested in recruiting physics graduates, or who can offer valuable business experience, including large companies, SMEs, start-ups, research institutions, charities and NGOs.

What employers have said:

‘Very satisfied with the whole process, organised and straightforward, with good students.’

‘We took SEPnet students for the second year running and have been very impressed with the calibre, their capabilities and the general high standard. For your records we have just made a permanent job offer to one of the students…’. 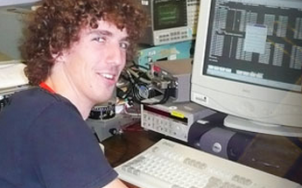 Research Projects for Ambitious SMEs at an affordable budget

Access quality PhD students for research you define in: Students at a GRADnet Summer School

“As a sponsor we were able to influence the direction of research, understand the analytical and experimental capabilities of the University and assist the Research Engineer in aligning their efforts to both a practical and very demanding application. It has, without doubt, given our company a competitive edge.”